(With the end of the semester overload, I didn’t get to write this up last week, so here it is this week.) 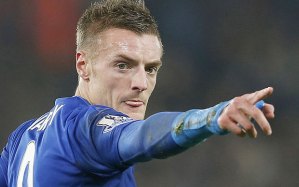 Leicester City winning the Premier League is very cool. I think it’s great for soccer/football. It’s great for the EPL. It weakens the claim that money = wins in sports. It is an inspiration to witness the achievement of a team that had to battle up from the lower divisions and then stare down regulation last season. And they were a fun team to watch. Jamie Vardy is a little crazy, but an exciting player to watch play.

And as every commentator from here to Mars has pointed out, the Foxes were 5000 to 1 to win the league at the start of the EPL season. And their championship is being hailed in the media as the greatest upset in sports history. Upset?? Don’t make me go all Inigo Montoya on you all.

It’s an amazing feat. It’s unheralded. It’s a “Cinderella” story even. But “upset”? No.

Leicester were in first place for the last third of the season, and despite a few slips here or there, they’ve pretty much been top of the table since November. They were in the top 5 wire to wire.  By January, the odds of the Foxes winning had come down from 5000 to 1 to 8 to 1 and by February they were one of the favorites, if not the favorite, to win the league.

I am not sure how a team that is one of the favorites to win becomes the greatest upset of all times.

As in so many things, this turns on what we mean by “upset”. I take an upset to refer to a situation when the unexpected team/player wins; when the team or player that is not supposed to win, that is not favored to win, wins.

This doesn’t seem to apply to Leicester City after January. From that point to the end of the season, Leicester was top of the table and one of the favorites. So they were not unexpected, not the underdog.

Sure, back in August Leicester was not expected to win, they were not supposed to win, they were certainly not favored for anything but regulation. That is part of what makes their championship so amazing and historic. But by January, we knew that Leicester was going to at least challenge for the championship. And by April it was nearly (unless you were a Spurs supporter) a foregone conclusion. So I ‘upset’ doesn’t apply.

I don’t think so. There is nothing incomplete about a league crowning the league winner as its champion. Playoff systems are exciting and thrilling, but they have their own concerns. (Podcast: The Value of Playoffs and Championships) One major one is that a weaker team can win if it gets lucky, gets hot at the right time, or because it gets an easier bracket.

If a league doesn’t have a well-balanced schedule, then there is a good basis for needing a playoff system/championship game to determine the champion. If there is a team that the eventual champion didn’t play, that raises questions about the legitimacy of the champion. But in the Premier League every team plays every other team home and away. The EPL is a really long round robin tourney, so in many ways a championship match would be superfluous. And European soccer fans hungry for a playoff system get that in Champions league, the FA Cup, and other similar tourneys.